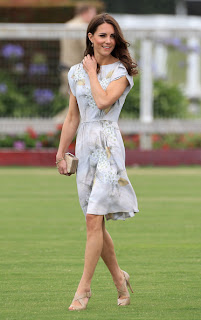 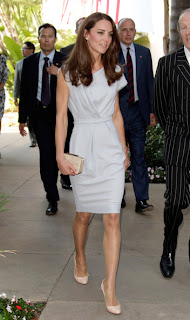 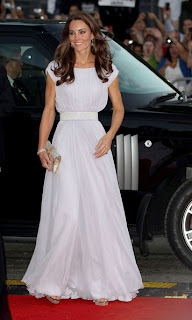 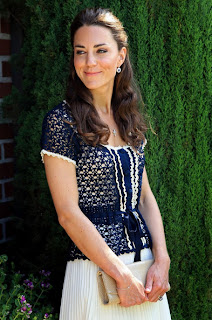 Okay, so I give up! I tried in vain to turn a blind eye to the Duchess of Cambridge. The hype surrounding her was deafening and I automatically tune off when I am being force fed a potential celeb. But ever since Kate Middleton began her duties as the Royal Ambassador accompanying her better half overseas, I have to say that she has proven herself to be a force to reckon with in the competitive world of fashion. Her trips to Canada and California, were successful on all counts but the success lies mostly in her charm and effortless style. She chose outfits that were chic, comfortable and classic. It is clear that the she knows what works with her body type and her judgement served her well. She loves to be feminine but strong and she delights in flowy silhouettes and soft palettes that highlight her enviable figure. Princess Diana became a style icon with time and her daughter-in-law is poised to earn that same title. No matter how hard I try, I have to give the Duchess her due for living up to the hype and not falling into the sometimes irresistible world of cliche.
Posted by afro / puff puff at 6:29 PM No comments: 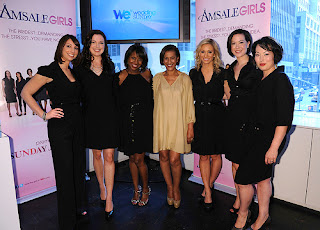 The much buzzed about show of the summer has now arrived to a dutiful audience of eager brides-to-be and those single lasses hoping to one day have a reason to browse the racks of uber designer Amsale Aberra’s exquisite high-end bridal wear.
Nestled in the money flowing neighborhood of the Upper-East Side, the boutique is a major draw for celebs and socialites, including Heidi Klum, Katherine Heigl and Halle Berry among others. Amsale demands perfection and her “girls” are more than determined to live up to the hype. Debbye, is the British export and retail veteran whose mission isn’t only to whip all the girls into shape but to also preserve the untainted reputation of the famed bridal salon. Lauren, is the eager small town girl from Texas who is dazzled by the big city but also homeless and needs to prove herself by moving ahead quickly even though boss Debbye isn’t so convinced she is ready. Emily, the naïve Midwesterner is ambitious and will do whatever it takes as the sales consultant to make the numbers but after taking time off for her own wedding, coming back to work proves to be a bummer as she fails to live up to her high expectations. Kori, a native New Yorker, left her prestigious job in finance to work as the “Greeter” in the Salon Concierge, but hopes to one day make it as a bridal consultant. Linda was hired by Amsale herself to serve as resident  “therapist” to the frazzled brides-to-be needing that extra dose of confidence. But her life is far from stress-free as she copes with the reality of being the sole breadwinner after her husband loses his job. And finally, Samantha, the Operations Manager, who has at least a decade of experience in the bridal business, is a pro at her job as she expertly coordinates events that give the store just the right exposure while also keeping all the girls in check.
The drama is sure to be entertaining and consistent. It will absolutely give other bridal themed shows a run for their money. Make it your mission to check out Amsale Girls every Sunday night on WE tv at 10pm. 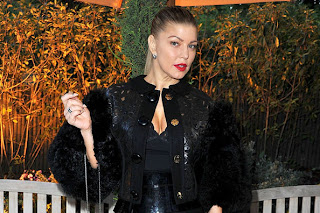 After a rough winter, we are desperately trying to welcome summer with open arms, and Fergie decides to be the ultimate party pooper by showing up in a black fur-and-leather Louis Vuitton jacket at the amfAR Inspiration Gala in Paris! I know following the trends as a celeb is the key to survival but fur in June?? Being a slave to fashion is never cute Fergie! Its much more fun to be Trendy and cautious.
Posted by afro / puff puff at 3:03 PM No comments: 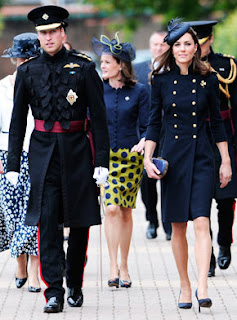 The Duke and Duchess of Cambridge looked quite the pair as they performed their royal duties on Saturday attending a medal parade in Windsor. Kate looked quite fetching in her perfectly fitted military-style dress. She really understands the importance of showing off those legs! Wills looked fantastically dashing in his military uniform. Do these two have a stylist? They seem to have a knack for coordinating their outfits in an almost unnerving way. Where did the time go? It seems like just yesterday when Princess Diana and her less charming Prince also made the rounds, greeting eager crowds. Well, today we have Kate and William and they are not doing too badly. I guess their visit to our neck of the woods next month will be the true test.
Posted by afro / puff puff at 2:33 PM No comments:

Pippa Middleton - The Other Sister 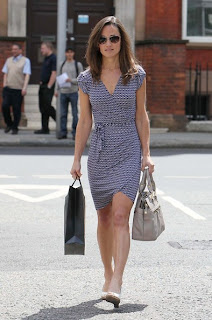 Pippa Middleton struck gold the moment her big sister became the Duchess of Cambridge. The Wedding of the Year literally put her on the map and made her a constant of all the major fashion outlets in the world. She is now being acclaimed as a world-class beauty with effortless style, whose jet-setting lifestyle is now being feverishly documented. Must be nice to be well connected and upper-class British! While she is pretty cute and stylish, so are thousands of girls I see in NYC. Why don't I appreciate what makes her so impossibly appealing? I guess in her case its a matter of luck, money, and pedigree. This is her time to shine and she is certainly making the most of it. Shine on Pippa!
Posted by afro / puff puff at 6:34 PM No comments: 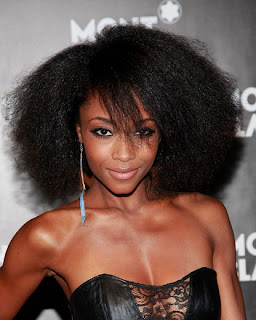 Summer is here! And with the constant humidity and heat, being natural feels like the most natural in the world! It's time to let loose and be free of the curling irons and all electrical appliances dedicated to perfecting the "straight look", and embrace your hair in its complete simplicity. Not that straight-haired divas should be ruled out, but summer is all about being funky and stress-free and that also applies to our tresses. There is so much you can do to make the natural something to behold. The natural blowout look that actress/model Yaya DaCosta is rocking makes me excited for the sexy nights in the city that are in my future. Remember that this time of year is when kinky/curly hair blossoms. So take advantage and be adventurous! This our time to shine!
Posted by afro / puff puff at 6:14 PM No comments: 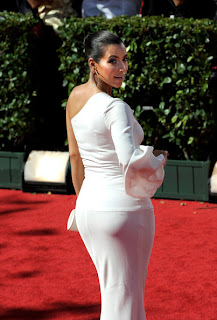 The Kardashians had me at hello for maybe 30 mins and now its almost unbearable to hear or see them flaunt the success they have garnered, thanks to a high number of bored fans who look forward to a trip to La La land every Sunday night on E! Kim Kardashian is the champion of them all. She has surpassed even her once good friend Paris Hilton whose own reality vehicle is now a certified failure to become the ultimate Celebrity. Now she has decided to once and for all put to rest the rumors that have been plaguing her all these years. The rumors about her much hailed and photographed backside. It's official! After a trip to the family doctor's office, and a butt-X-ray session which her sister, Khourtney and Khloe ( the spelling of their names irk me by the way), supposedly dared her to do, the most famous Kardashian sister can now proudly proclaim that her butt is the real deal. The fact that this piece of information is even reported truly makes me yearn for the excess of the 80's!
Posted by afro / puff puff at 5:37 PM No comments: